Versatile, organized, creative, hardworking, these are just some amazing traits of Orland. I have been lucky enough to work with him on a few projects where we have worked as different jobs. Orland is unique in his own special way, being able to adapt to any role with ease. Orland is a wonderful person to work with and keeps the mood good with his jokes and humor. If you’re look for a good hardworking employee, Orland is definitely a strong candidate.

Throughout this year, I have not only assisted at volunteering events with my club, but I have also ran and won a leadership position within my club. This position, Co-President, allows me to organize and lead those within my community. We have participated in events such as the Capital City Marathon, Stamp Out Hunger, Capital High Plant Sale, and many more.

Below are photos from some of our events:

We analyzed a specific clip from Citizen Kane. Then, as a team, we picked our roles and began to produce an interview video, following a script that we made prior to the start of filming.

This is the screenplay that we used for our film. Although I am the sound person, I did assisted in making the script. As a team, we worked together to produce the script for the film.

These are the sound clips that I recorded during filming.

Reactions to the Final Version

The film came out as we expected. We definitely could’ve had more analysis however it would be very wrong to say that we didn’t have many analysis. Our analysis are in-depth and well thought out.

What I Learned and Problems I’ve Solved

In this project, one of the issues we had was that our script was too short. To solve this issue, we had to use our “practice” day to fix the script and add more content. However, this was an opportunity for us to work and solve a problem under a short amount of time and under stressful conditions.

In this project, we are analyzing specific clips from the movie, Citizen Kane, and create an interview video about the clip.

The Battle Over Citizen Kane

…And the Brilliance of European Film

…And the First of its Rebels

The following is from Wikipedia:

After production, everyone on the team switched to be an editor and edited the same clips and sounds but in their own style.

I did not do any test edits. However if I did, I would’ve tested on the audio rather than the footage itself.

Edit 1 – The first edit I would’ve attempted would be a reverb edit. In the beginning, our audio sounded off. This was because we did not record enough ADR or proper ADR for the background to make it all work. The camera audio had somewhat of an echo which made it sound more natural but the ADR audio did not. Learning how to properly use the reverb effect could’ve helped improve the film immensely.

Edit 2 – Another edit I could’ve test edit would be a zoom or a crossfade. These could’ve helped the film transition more smoothly. 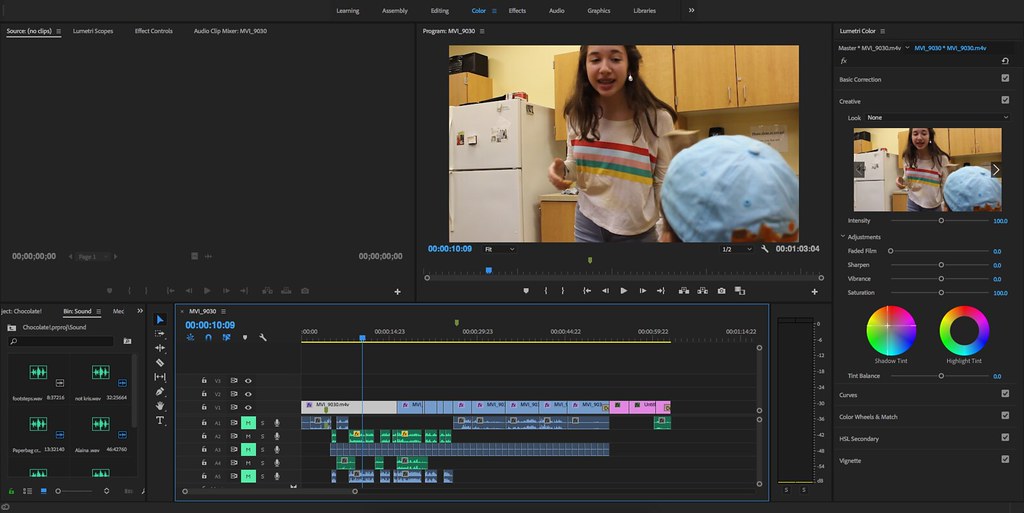 Color Correction. I added a subtle hint of yellow throughout the film. If I went overboard, it would be obvious due to the wooden cupboards in the background. 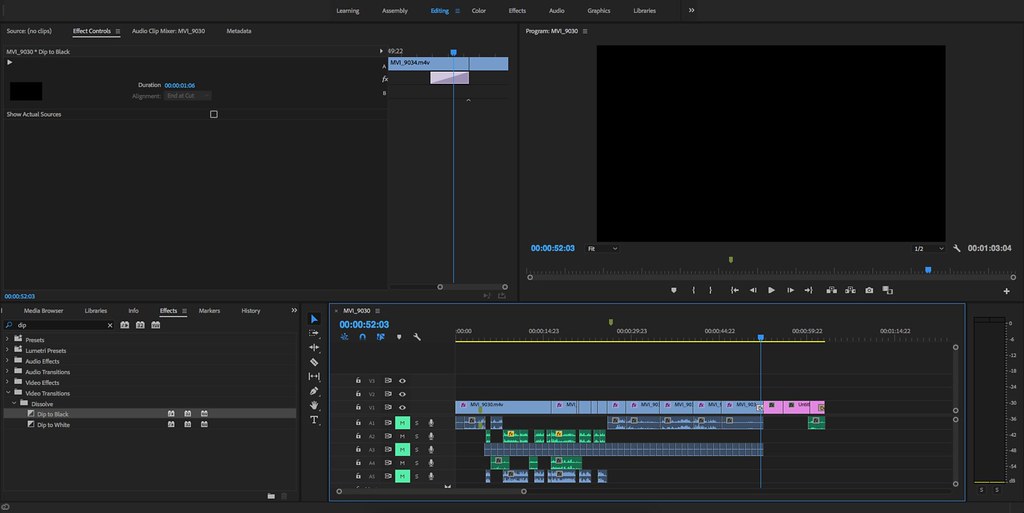 Visual Transition. This is a dip to black edit. I chose this since my next piece of footage was a black background with text on top of it. It made the transition between the two pieces of footage smoother.

How I Could Have Improved The Film

We could’ve easily improved the film by recording better ADR. The mix of ADR and camera footage was unsettling and distracted the viewer from the film. It was obvious whenever we switched from camera sound to ADR sound.