To complete this project, we completed various steps. We started this project by forming groups based on our “shapes”. After doing so, all three of us went to the green room to record some dialogue. We transcribed the script for later use where we used it in our film. While acting out our dialogue, another group recorded us so we could have multiple cameras. Afterwards, we imported all of the clips to Adobe Premiere Pro and edited the clips together to make a multi-cam sequence. Our last and final step is to work on this blogpost.

Movement and Physical Behavior – may be used to display the wants, needs, and or emotions of a character. A skilled actor would simplify movement and physical behavior by not making any unnecessary movements.

Stage Orientation and Emphasis – depending on where an actor moves to, it can display a certain “strength”. For instance, if a character moves from upstage to down center and sits, the general effect is weak unless he makes a strong body movement after sitting

In this project, we learned many new terms and how to use them. We used blocking in this film to determine the position of the actors. We put both of the actors facing each other instead of sitting next to each other and talking to the camera. We believed that this made the scene more dramatic and not as “chill”. This decision was made because the scene was more of an argument rather than a discussion. In editing, we used the multi-can sequence so it was easier and smoother to transition in between cameras. We switched the camera to focus on whoever was talking. I felt like this gave focus to the actor at the correct time and so you know who’s talking. 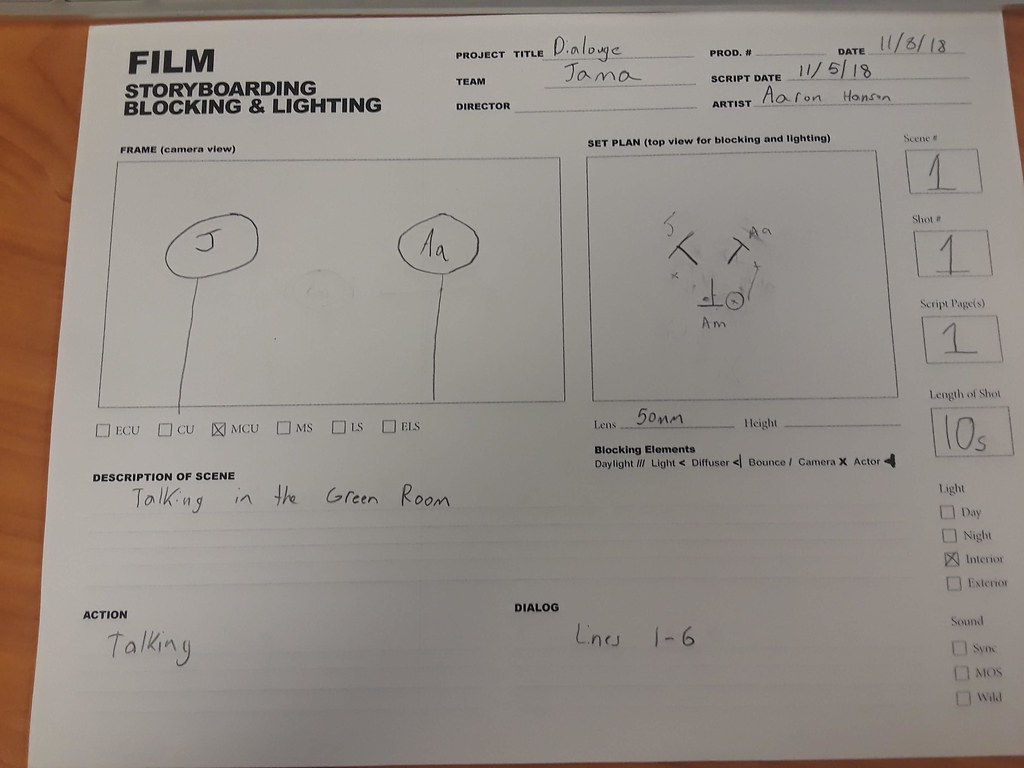 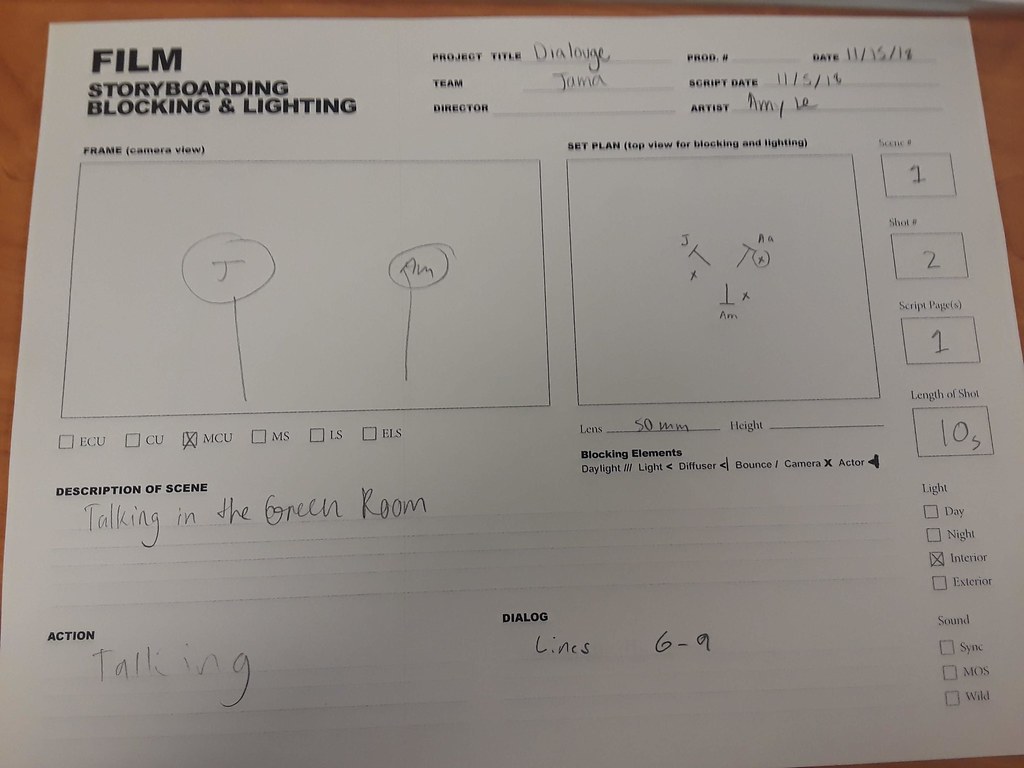 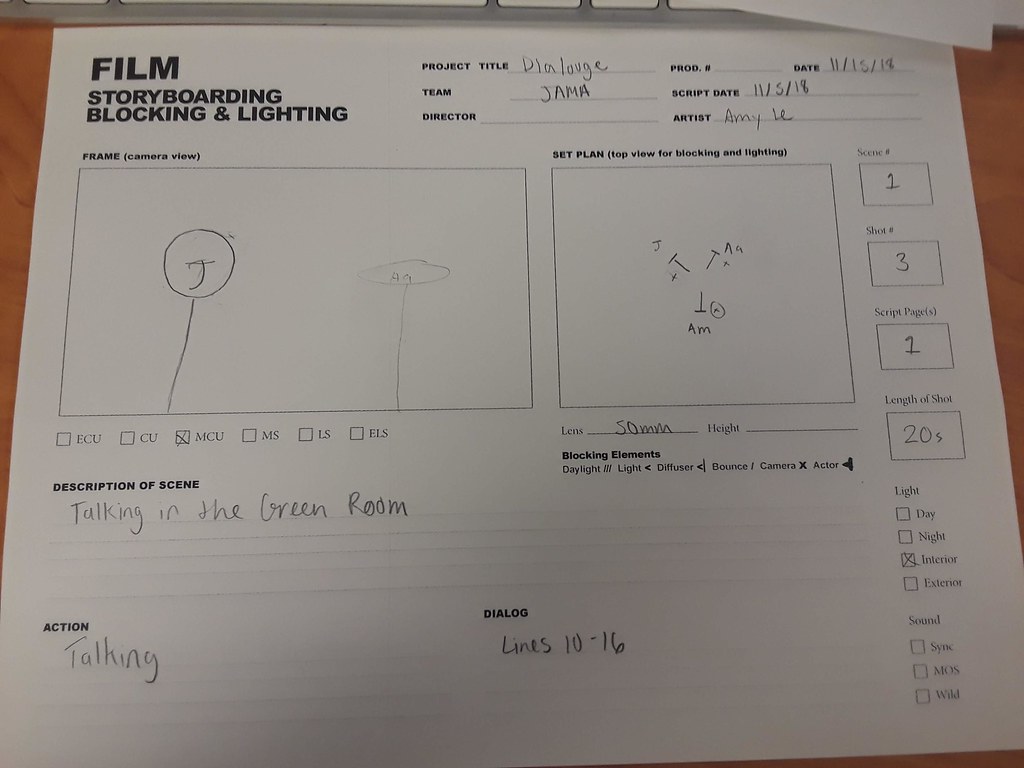 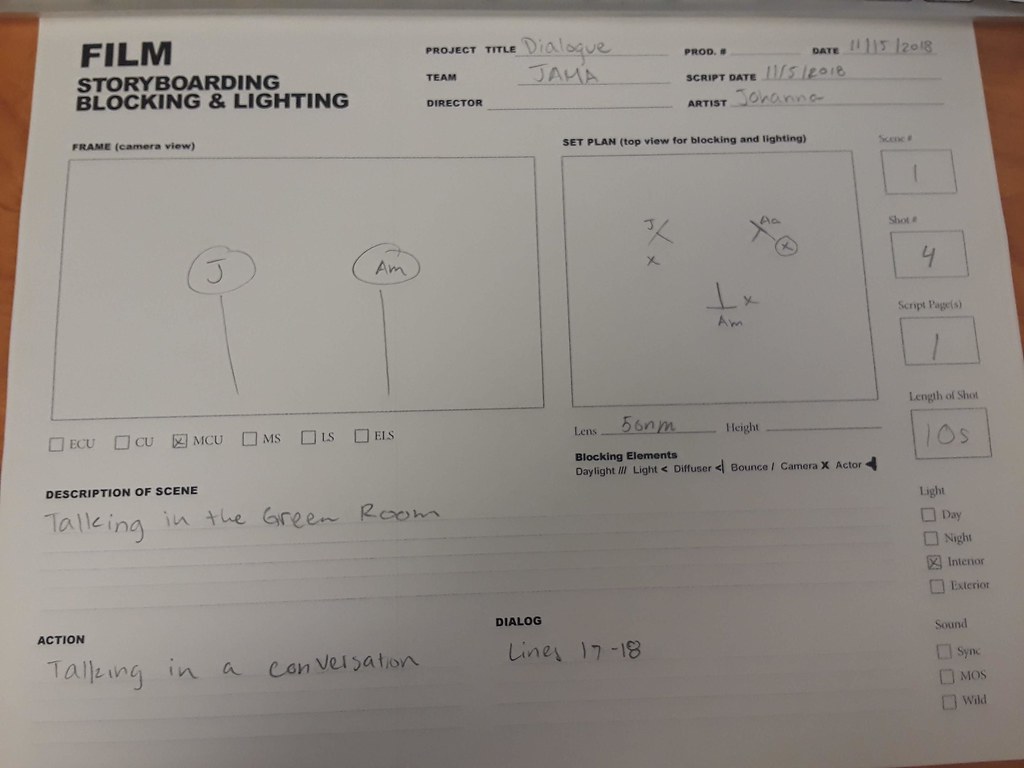 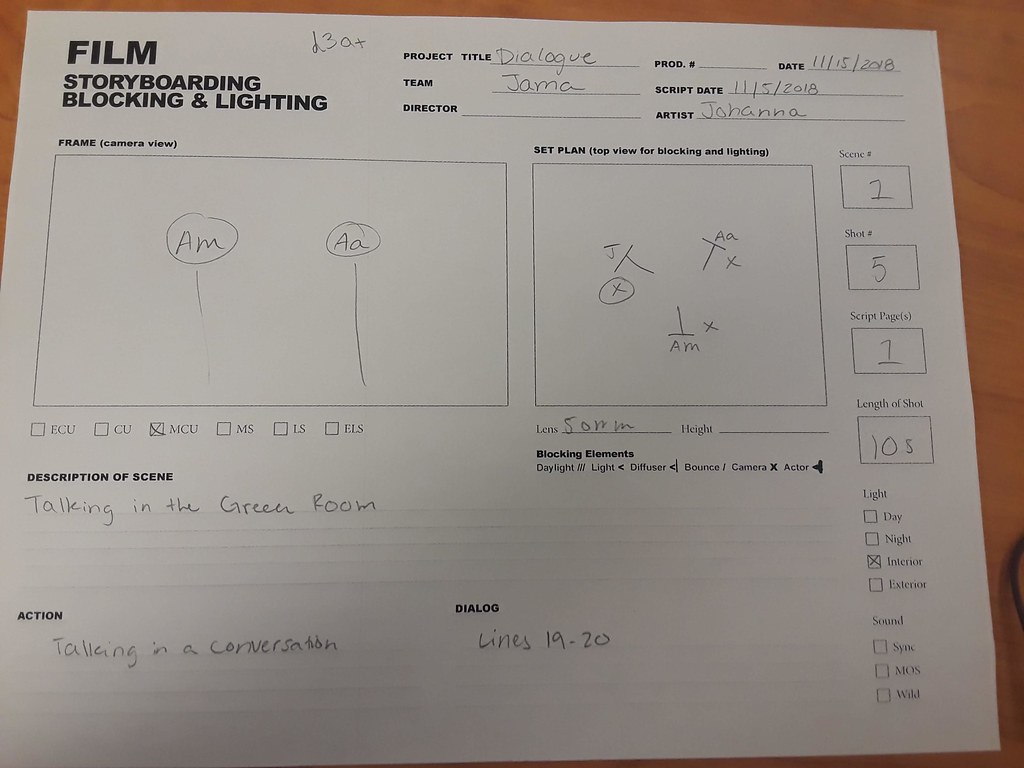 I learned how to block a film as well as how to edit it. Along our academic journey, we did encounter some problems. One of our initial problems was that we recorded each other rather than having multiple cameras running at the same time. We easily solved this problem by asking another group to film us. We also had trouble importing our videos from our phone since it wasn’t in mp4. We solved this problem by importing our video through another means, iMovie.

Directing – The Fine Arts of Blocking and Composition – Dan Fox

How Hitchcock Blocks a Scene – Nerdwriter1

Drive (2011) – The Quadrant System –Every Frame a Painting

Blocking Plans for a Film